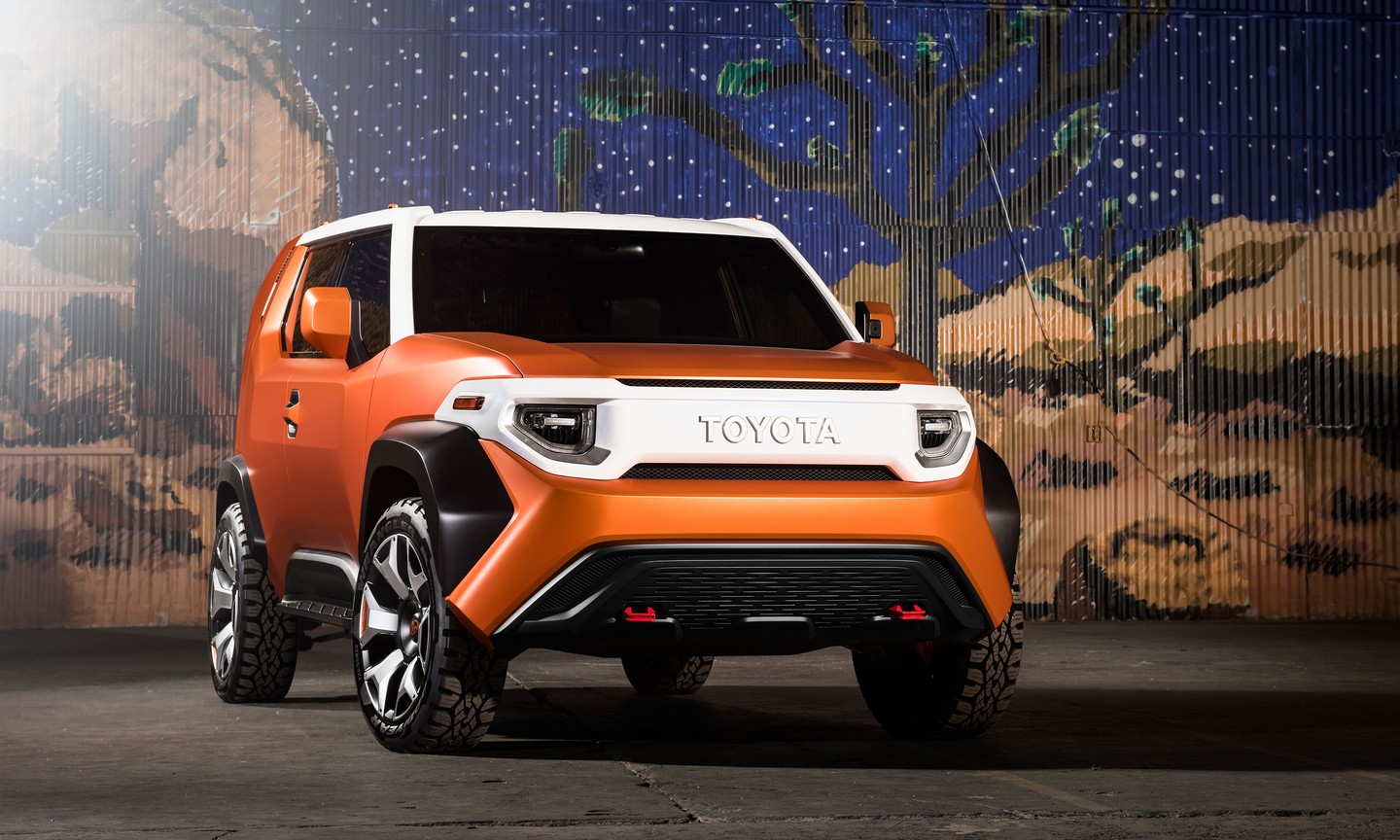 It’s already been an exciting year for the Toyota family, and Mills Toyota is here to give you the rundown. Some of the biggest auto shows of the year occur in the first quarter, and these events offer automakers the chance to make a splash with their latest innovations. Here’s what Toyota had to show off so far this year:

Toyota Motor North America began the year in Detroit with its Walk In My Boots Community Outreach Program, helping Detroit-area families in need. For the seventh year in a row, Toyota donated winter boots and socks—as well as $15,000—to The Salvation Army Detroit Harbor Light/Booth Family Shelter, which aids hundreds of homeless and low-income families in the Detroit area.

Of course, Toyota also debuted some new models during the show. The 2019 Toyota Avalon emerged from a fresh makeover, continuing its reputation with head-turning style and top-shelf comfort and safety features. The FT-4X Concept (pictured above) made an appearance as well. Also called “Future Toyota,” this four-wheel-drive crossover was designed in California to provide a seamless transition from city driving to adventure chasing, what Toyota calls Casualcore (as opposed to hardcore). 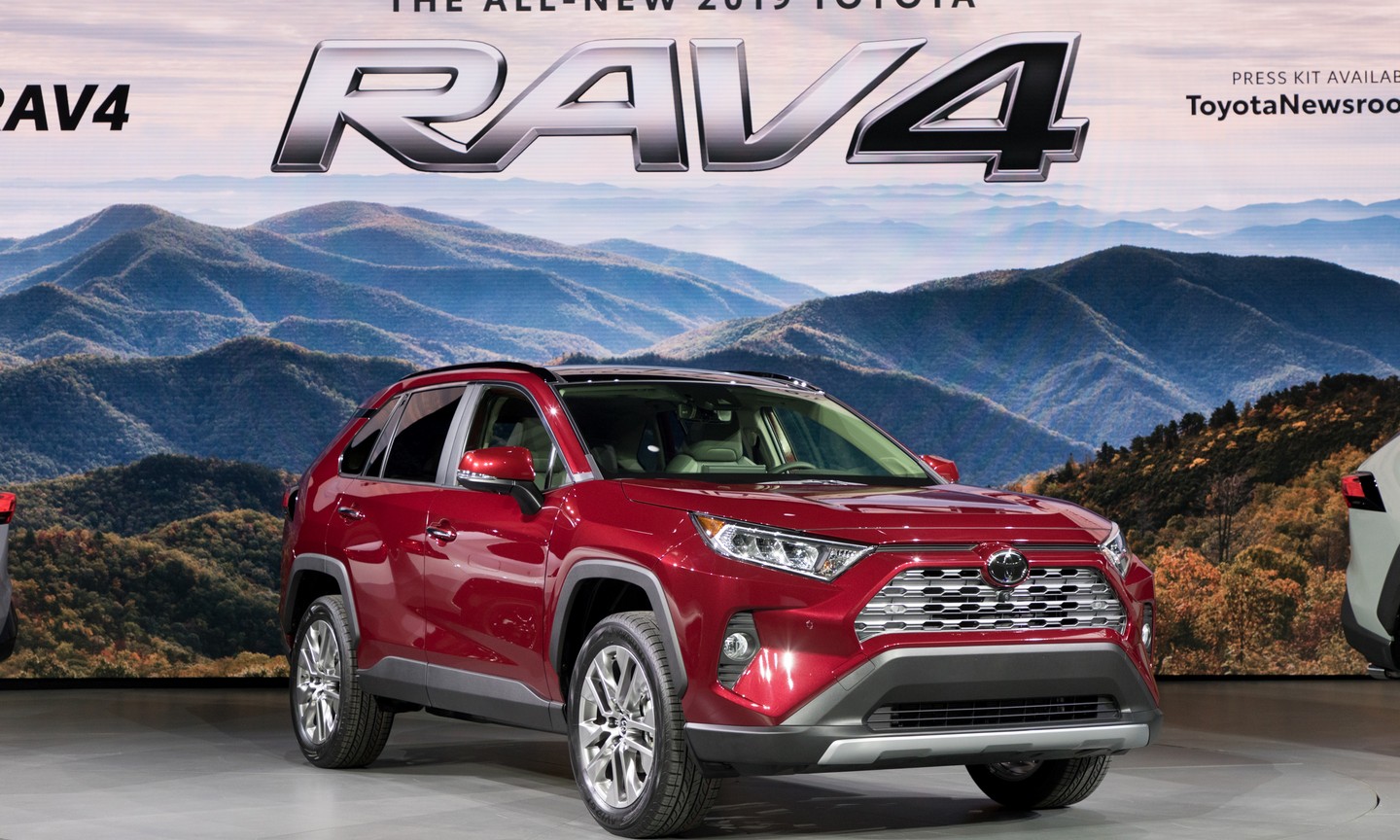 In New York, Toyota debuted the fifth-generation of the legendary RAV4 (pictured above), the vehicle that created the small sport utility vehicle segment. Over the last five years, RAV4 sales volume has doubled, and RAV4 currently ranks as the number-one-selling vehicle in the Toyota lineup, as well as the best-selling non-pickup truck in the country. The all-new RAV4 focuses on the balance between fitness and finesse, maximizing the presence of a small SUV while maintaining high levels of capability inside and out. In 2019, a hybrid model will also be available.

The all-new Corolla Hatchback (pictured below) also debuted. Wider and longer than its predecessor, the new Corolla sits atop the new Toyota New Global Architecture (TNGA) platform. It features the latest in the brand’s technology, like Entune 3.0 for infotainment and Toyota Safety Sense 2.0 for safety. 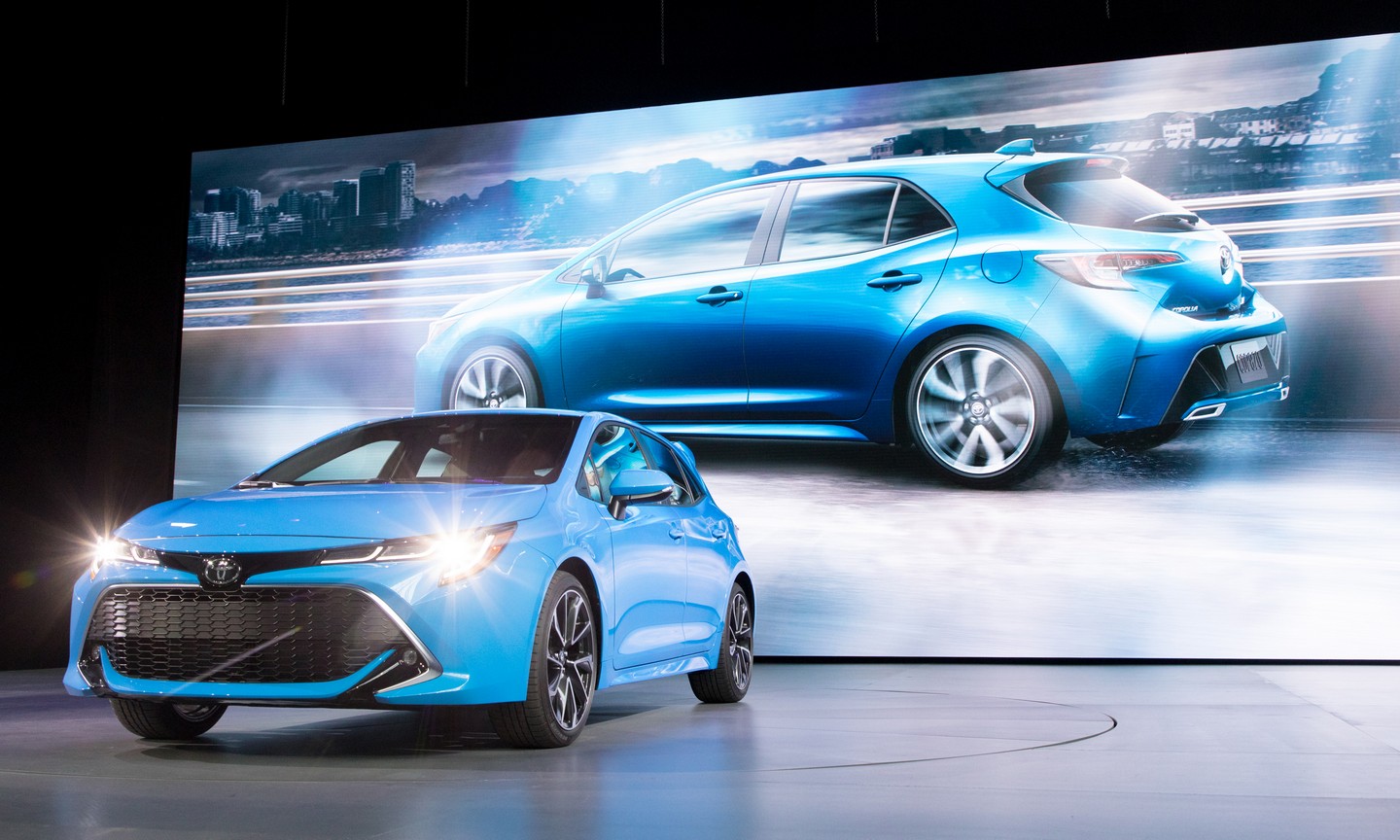 Just like in Detroit, Toyota continued the Walk In My Boots project with a donation of new boots and socks to Chicago’s Salvation Army Evangeline Booth Lodge. In addition, Toyota donated $15,000 to The Salvation Army Metropolitan Division/Greater Chicagoland. This is the automaker’s fifth year supporting this program in the Second City.

As for debuts, Toyota introduced the new Prius C, a more compact version of the standard Prius. It comfortably sits five as a five-door hatchback. Thanks to its 1.5-liter four-cylinder engine combined with three electric motors and continuously variable transmission, it achieves an EPA-estimated 48 mpg in the city and 43 mpg on the highway.* 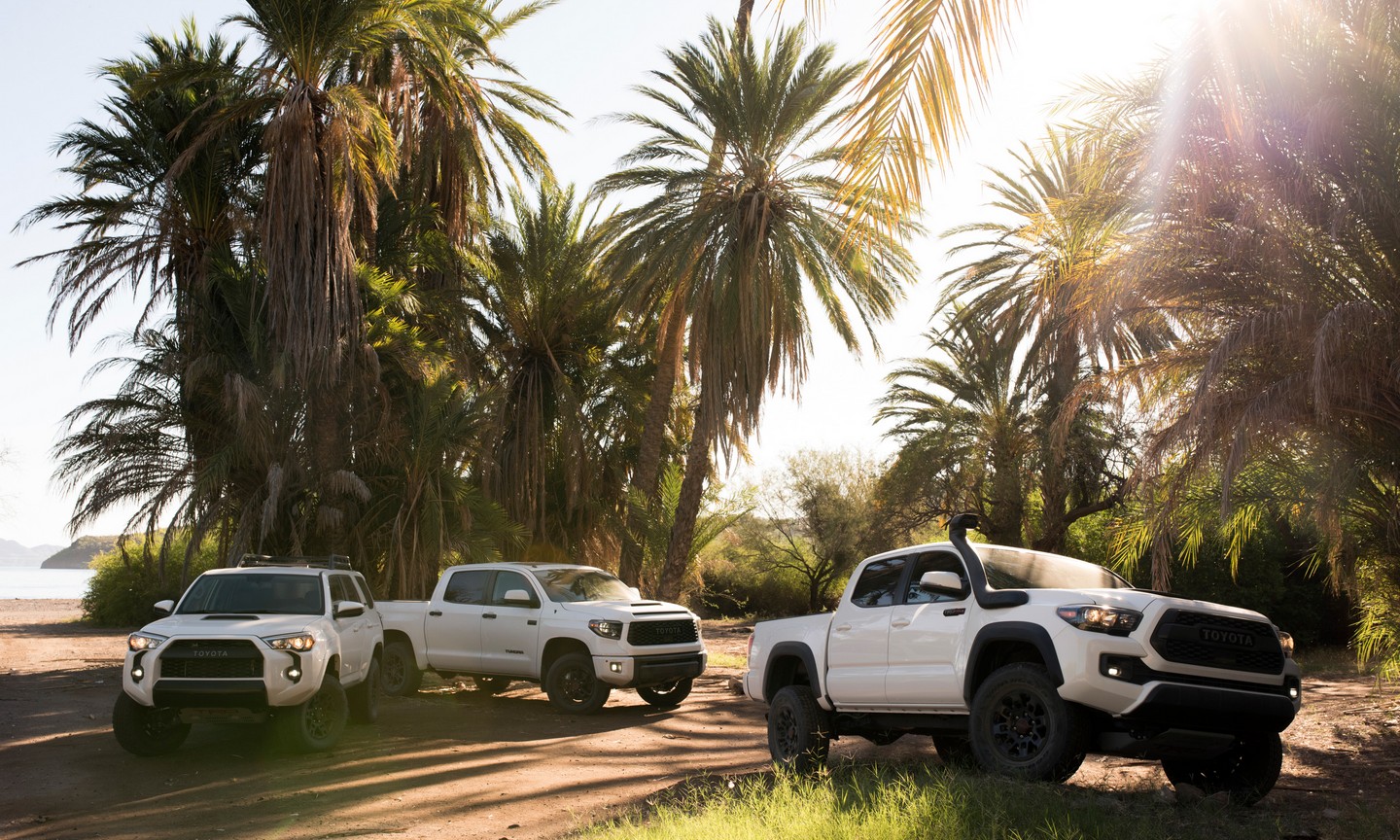 Plus, the automaker dropped the 2019 TRD Pro Off-Road Packages for the 4Runner, Tacoma, and Tundra pickups (pictured above). A list of rugged features improve the all-terrain capability of these models, including 2.5-inch Fox shocks, TRD-tuned springs, a front skid plate, front sway bar, and performance TRD cat-back exhaust. Other upgrades and design features make the latest TRD improvements the brass ring for off-road driving.

For years, CES has provided a platform for tech companies to show off their latest gadgets and innovations, and automakers have always shown up to present their own cutting-edge advancements in automotive engineering. Toyota presented its vision for the future of mobility: the e-Pallette. This concept (pictured below) comes in the shape of customizable and scalable pods that can be attached to battery-powered mobile platforms. Essentially, the pods can be made to fit a variety of uses, personal or mass transportation, retail, cargo, or other civil or commercial services. The pods are then loaded onto separate fully automated battery electric vehicles to provide mobility on the roads. 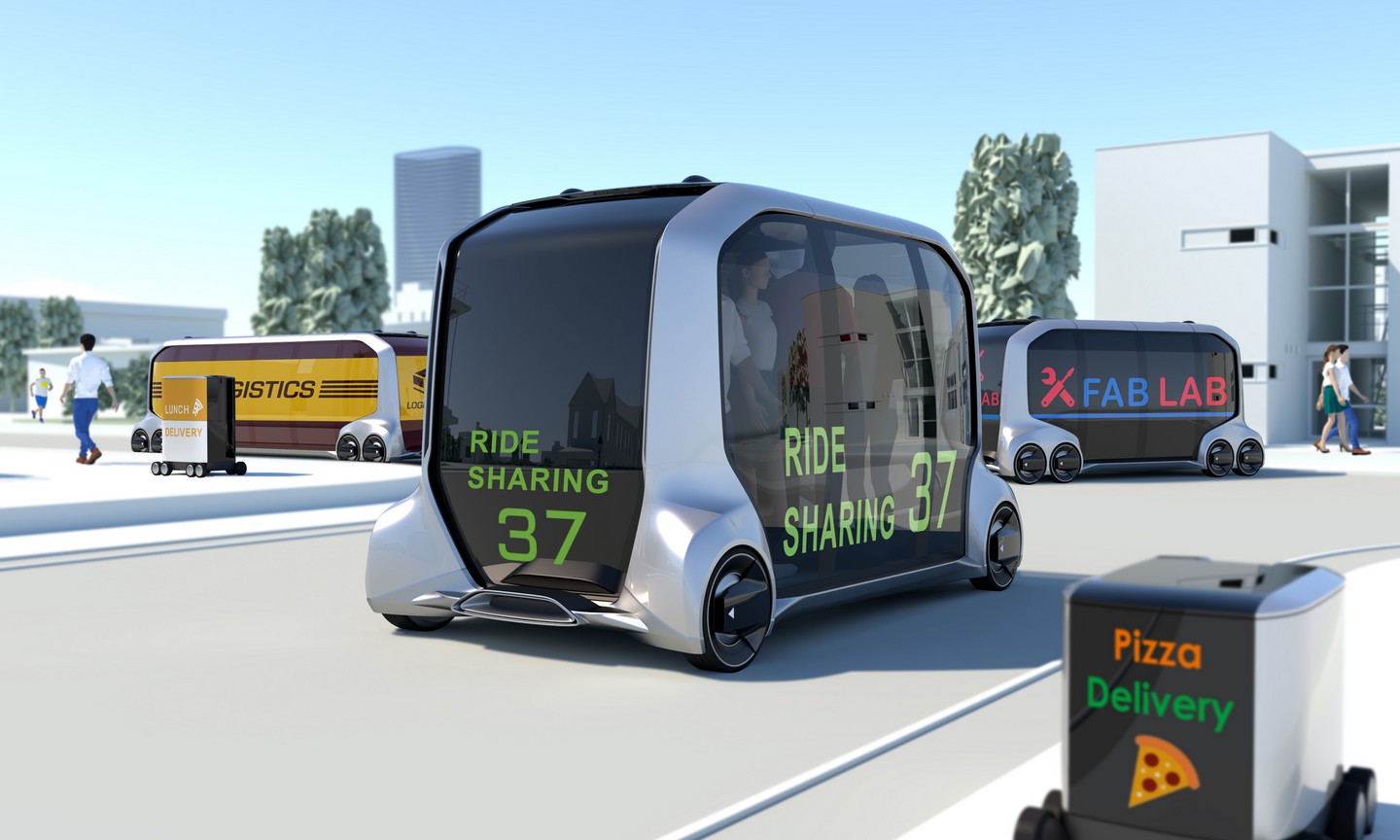 Some of these new developments will become available sooner or later than others, but we already have many new models available to drive off the lot today. Visit us in person at Mills Toyota or reach out to any of our staff to see how you can join the Toyota family.

Stay connected to our dealership!

How Can We Help?

Just fill out the comments section below and submit it to us!

Use the form below to contact us with any questions or comments.